It is astounding how when you dive into the fundamental issue under every problem, be that political or trivial, equality – or lack thereof – is at the base.

Equality, Judgement, Power.
These three words hold such weight and it amazes me how in a progressive society in which we are supposed to be ‘First World’ and constantly evolving, we can still not move past these fundamental issues to create a world of peace.

Let’s look at Caitlyn Jenner – the media and the internet’s new target for tabloids, news stories, derogatory remarks, religious extremists, and online trolls. All because someone who carries fame on their shoulders decided to become who they were meant to be – and it was easier because they had the means to do it. 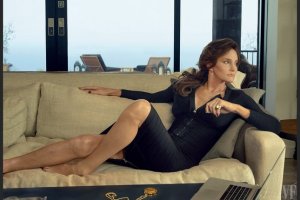 If I could put aside my responsibilities and make a cause my full-time job, it would be hard to pick just one. There are so many causes I wish I could put all my time, effort, and money into but I can’t. I can’t help make alcoholism disappear. I can’t make pedophiles go away. I can’t save every woman from being raped.

There are so many causes, but what it all comes down to are those three fundamental words: Equality, Judgement, Power.

This very  moving poem: Help for the Hopeless
This simple but wonderful cause of a Haiku: My Pleasure
This wonderful blog specifically on gender equality: Gender Stereotypes: Blogger with a Cause